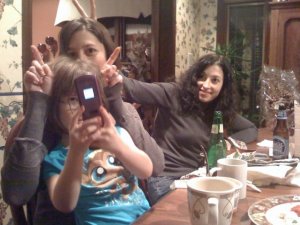 Once upon a time, I was a Leader of Geeks.  I was the head of IT at two different Boston-based law firms, and was absolutely passionate about leadership.  Then I started getting more involved with social media & blogging via the International Legal Technology Association (ILTA), and fell in love with the internet.  So around the time that I was Social Networking Coordinator for the ILTA 2009 conference, I was talking HubSpot into hiring me as an Inbound Marketing Consultant.  For the first time in seven years, I was an individual contributor.

I really NEEDED to be an individual contributor, since I had really burned out at my previous job (think technology hell.  Then multiply that by 7 and get less sleep.  Yeah, that.).   After an extended brain/blog hiatus, I’m ready to talk about leadership again, so I’ll be blogging under my same old Leading Geeks persona.

I live in Waltham, Mass. with my husband and utter lack of any other living things (pets, plants, children, etc.). My hobbies include fine wine, single malt scotch, physical fitness, science fiction television, and epic fantasy novels. I have an obsession with figuring out what motivates people, and tend to concentrate on scientists and technologists. I have a severe Blackberry addiction with no plans for rehab any time soon, much to my husband’s chagrin (although I did take it off vibrate mode and now only check it every 20-30 minutes or so while at home).

Words that have been used to describe me include:

And that’s about it.  Nice to re-meet you, and I’m looking forward to blogging on this new Leading Geeks!