If you’re a geek leader, are you gagging your geeks?  (No, I don’t mean with your lack of showering.  That’s probably a different post.) 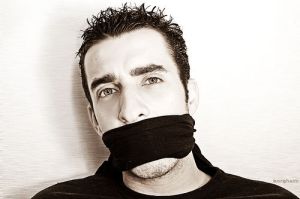 What I’m asking is whether saying certain things is verboten in your department/team/company.  Are you so paranoid that a user or customer will hear someone venting and get offended–I used to work in law firms, so I’m quite familiar with the easily, ridiculously offended phenomenon–that your geeks can’t express themselves?

Obviously, I don’t think you should gag your geeks.  Letting them complain, laugh, and blow off steam makes for a healthier environment overall.  However, there are certainly some things to avoid:

This is a balancing act, so you HAVE to communicate well with your geeks and truly listen to what they’re saying.  But please trust me when I say that you don’t want to gag your geeks.